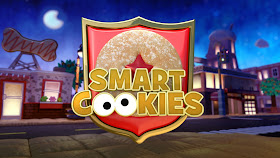 SMART COOKIES will be a new recurring segment on Season 46 of SESAME STREET (the one premiering on HBO in January).

The segments star Cookie Monster as the rookie agent of a team of crime-fighting cookies called "Smart Cookies." His teammates include leader Chipowski, tech-guy Figby and clue-giver Miss Fortune. In each segment, Cookie Monster learns about self-control and regulation as the team thwarts the dastardly attacks of a villain known simply as "The Crumb." 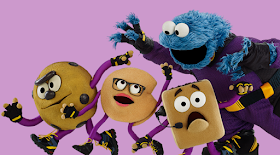 As with other Sesame segments like SUPER GROVER 2.0, ELMO THE MUSICAL, and COOKIE'S CRUMBY PICTURES, the Muppets are shot on green screen and it's the privilege of the artists and animators at Magnetic Dreams Studio in Nashville to create and integrate the world around them.

I thought I'd use this post to share some development art and to credit the team involved.

As an educational parody of an action adventure cop show, we first explored the possibility of doing 2D illustrated backgrounds like the ones below (by me with layouts by Creative Director Rickey Boyd). 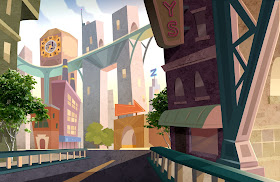 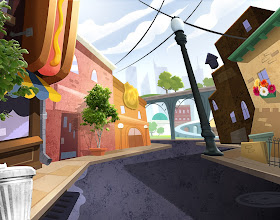 Ultimately, Sesame asked us to build a world from baked goods and packaging that complimented Cookie's "fish out of water" position on the team. Below you can see some stills of the day and night versions of the city exterior featured in the open. All assembly and renders by Tim Crowson. 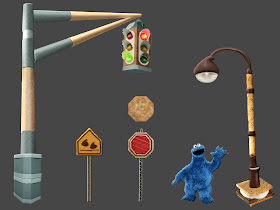 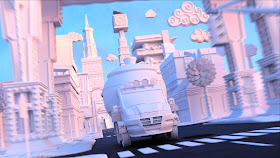 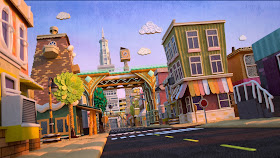 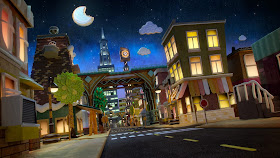 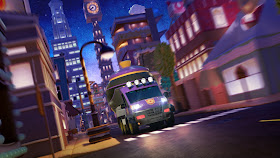 The Smart Cookies drive around in a tactical vehicle that I always imagined as a cross between a cookie jar and the A-Team van. Modeling by Brad Applebaum, surfacing by Stephanie Goldstein and Tim Crowson based on my design. Will there be a toy? (I hope there's a toy) Also fun incorporating kitchen details into the interior consoles. 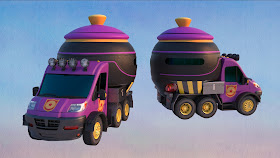 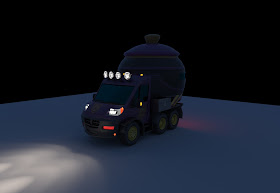 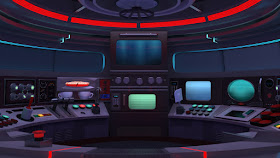 Lastly, a look at the classy gallery interior of the preview episode. We're just about finished with all of season one and have created our full share of corrugated cardboard and piped icing. 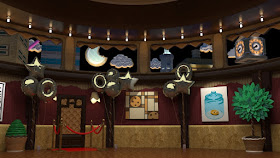 I love working with this Magnetic team and so much talent and ingenuity went into developing the look for this show. Here's a rundown of those involved: