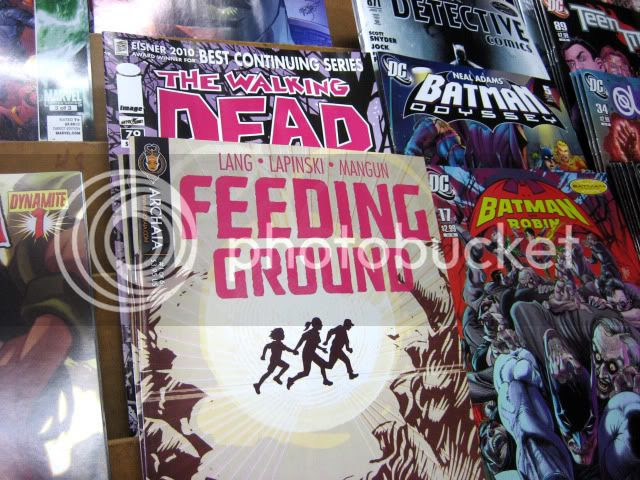 FEEDING GROUND #1 is officially in stores and I wanted the chance to acknowledge some people whose inspiration, talent, and support helped make this possible.

We've included a THANK YOU section at the back of the book. You can read the whole thing here, but this is my portion below:

As a group, we benefited greatly from the insight and
experience of Thomas Peyton, the counsel of Suzana
Carlos, and the encouragement and camaraderie of artist
Juan Doe. Great thanks to everyone at Archaia not only
for taking a chance on us, but also offering advice and
support that recognized what we were doing and then
made it stronger.

MICHAEL LAPINSKI would like to thank the following
people: Cartoonists Rick Ritter, Mike Dawson, GB Tran and
the guys of MAMMAL, their art and dedication convinced
me to get back into making comics. Paul Zdanowicz,
horror guru and Lapinski-booster with a keen critical eye.
Klaus Janson, whose professional instruction came just at
the right time to bring structure and rules to what I had
been discovering on the page. Brian Michael Bendis for
providing the Jinxworld message board and its posters for
keeping me company in the solitude of my man cave. To
my parents and family, whose generous affection has
always allowed me to thrive. And, to Lindsay, thanks for
adding sweetness to my life and for riding this wolf with
me to Bayonne and beyond.

Additionally, I was remiss not to include John Siuntres and his Word Balloon podcast. His extensive and candid interviews with comic book professionals is the comic creator equivalent of a director's commentary on a DVD. This past year has been "comic book college" for me and John's podcast and the gracious information offered by guests provided me with the context to appreciate the craft, business, lifestyle, and shared enthusiasm of the comic industry.

Big thanks to everyone we've met since starting down this path and to my co-conspirators Swifty Lang and Chris Mangun, buds and creative partners who've shared in every step.

And, here's a handy link on where you can find the series. I'm inking Issue 4 (of 6) and will post something crafty in my next blog post.

Last year, Swifty and I attended King Con comic convention in Park Slope, Brooklyn and immediately took to the community of artists it assembled. We set a goal to return the following year and join them as creators. This past weekend, we did just that. Although we carried pins and T-shirts based on FEEDING GROUND art (see below) the real benefit was reaching across the table and talking with hundreds of people (readers, editors, other cartoonists and writers) about our story and connecting with a room of professionals and fans who dig the same stuff. 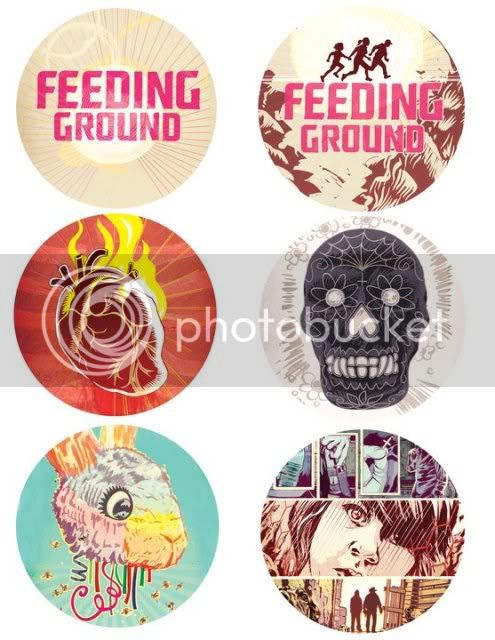 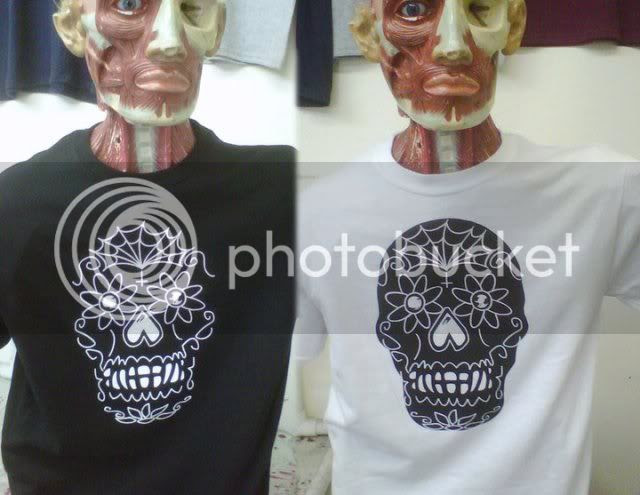 Over the last year we've become friends with members of the Act-i-vate website and Deep Six Studio and have gotten tighter with friends and Con regulars GB Tran, Fred Chao, Mike Dawson, and Jeffery Burandt (whose band Americans UK transmorgrified the Brooklyn Lyceum into a comic dance party the night before). I didn't have the chance to leave the table all that much, but I just wanted to shout out a few new discoveries I made this weekend: 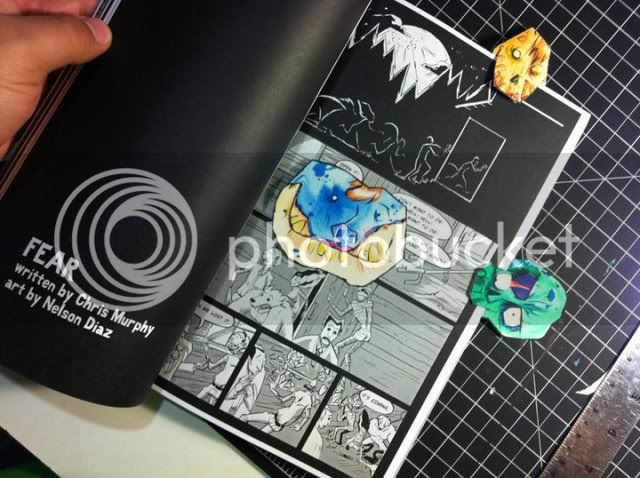 One of the many Don't Look! co-conspirators, I'm a big fan of Nelson's cartooning and I discovered that, like myself, he's got the other foot in the world of animation. A one-man studio he's recently designed and animated show opens for The Food Network and for Nick Jr.'s "Role Models" campaign. 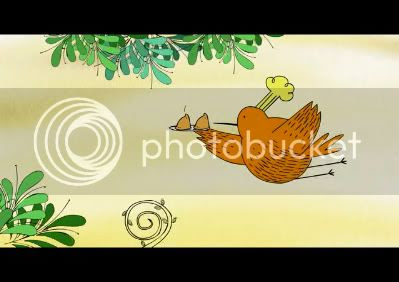 RACHEL FREIRE: A few months ago I was tipped off to the clean-line grace of Rachel's work through a preview of her book FCHS with writer Vito Delsante. I mentally checked it, eagerly awaited its release, and then, nada. Turns out, they didn't meet the minimum order for Diamond distribution. BUT, they are now self-publishing and I was fortunate enough to be diagonally situated across from her at the con. 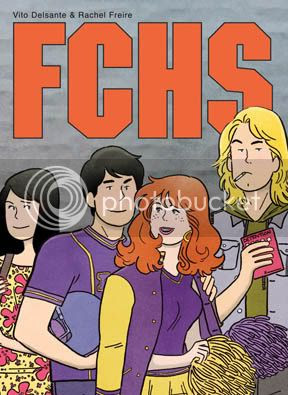 FCHS (Forest City High School) exists in some netherworld that at first feels like Happy Days but is posited in a 1990s with a 90210 libido. Every line of Freire's work seems to be formed in the exact right place but breathes in a human way akin to the work of Xamie Hernandez and the best of Archie comics. It is the marriage of lucid cartooning and soapy subjects that gives FCHS its compelling frisson and I'm on board for whatever Rachel chooses to do next.

Here is a guileless sketch she did for me of Xaime's "Maggie" character (one of the greats): And, you can download the PDF Preview of FCHS here. 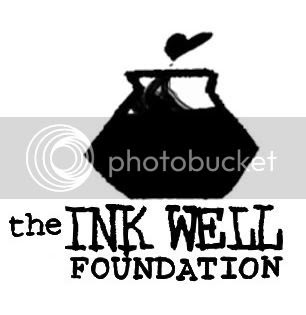 I was already a fan of Rami Efal's spontaneous-seeming linework when we had a chance to chat for the first time at NYCC but I did not realize he was also the director of The Ink Well Foundation. The group organizes professional artists who would like to donate their time to draw with and for hospitalized children. What a great way to share your talents. I've been looking for a new volunteer opportunity and I will be looking towards future Ink Well events. You can learn more and donate to the cause at their website. 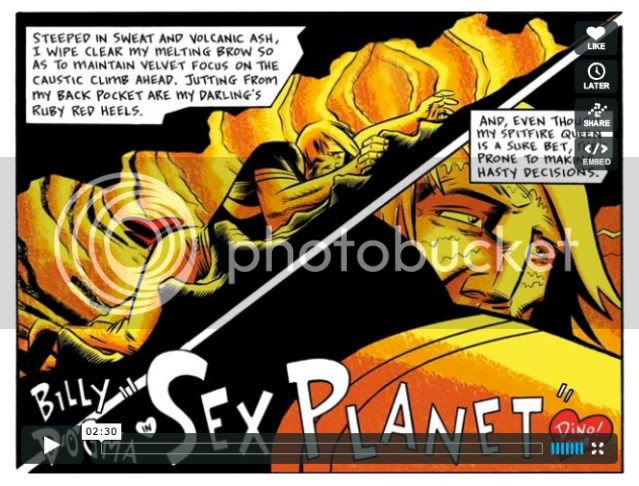 Up until now, the "motion comic" has been a Frankensteined beast. It was conceived as a way to deliver comic material to new audiences on digital platforms but, often cobbled from pre-existing comic art and puppeted animation, the hybrid betrays both media and is barely alive. To my taste, the closer a motion comic aspires toward full animation, the more it reveals its shortcomings.

For me, this is a step in the right direction. More like a guided pop-up picture book than animatic, it plays to the strengths of the comic design and most of the animation acts as motion graphic story reveals instead of acting or moving figures in space. Other environmental movement gives the piece a little more life on the screen. And, maybe most importantly, it's punchy and to the point.

It plays better on an iPhone screen but you can watch it here. Note: it's called "Sex Planet" and, depending on your job, not safe for work.
Posted by Michael Lapinski at 8:44 AM 6 comments: