This Saturday, May 12th, I'll be co-delivering a lecture at the Nashville Public Library with fellow Archaia creator Janet K. Lee that traces the history of comics, aka "sequential art," alongside the development of the artform. The lecture is also a pre-cursor to a weekly summer workshop we'll be teaching for aspiring comic creators ages 12-18. More information below. 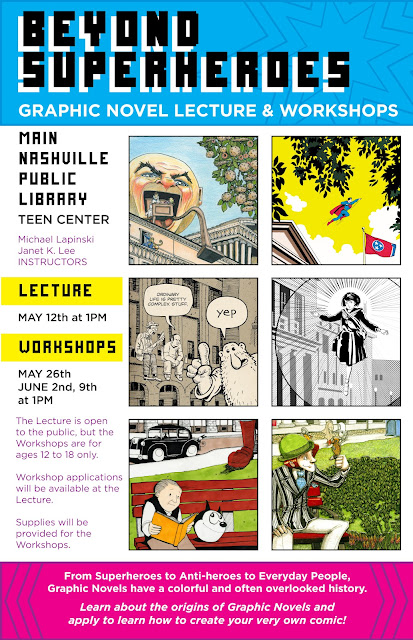 For the poster, we decided to map a general comic history across six panels and staged in front of the library itself. Below are closer shots of my contributions. (I think Janet completely embodied McCay's art in her Little Nemo panel) 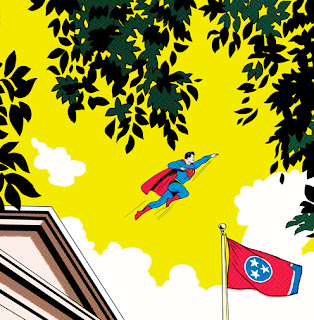 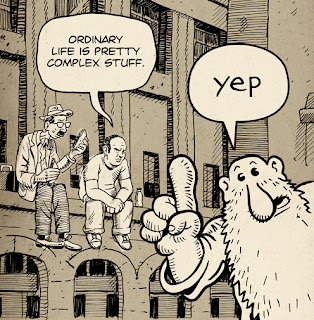 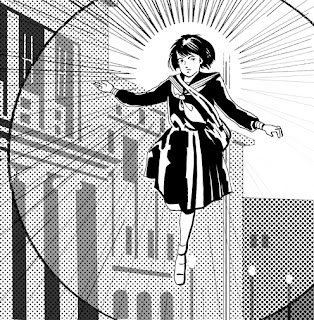 Posted by Michael Lapinski at 12:30 AM No comments:

The Criterion Collection is known not only for their deep and lovingly restored film library but also for elevating the level of design with their DVD covers. Forgoing close-up photos of movie stars, the Criterion aesthetic instead incorporates illustration, typography, and/or unique film stills. Design as story. Check the 2011 portfolio by real deal Criterion designer and art director Eric Skillman to see what I mean.

Just for fun, I mocked up some Criterion covers of my own a little while back as part of a message board challenge "Design a Criterion Cover for a Non-Criterion Film." Some examples below:

GLENGARRY GLEN ROSS (1992)
Art: A photocopy from an art book on Robert Longo's famous "Men in the Cities" series 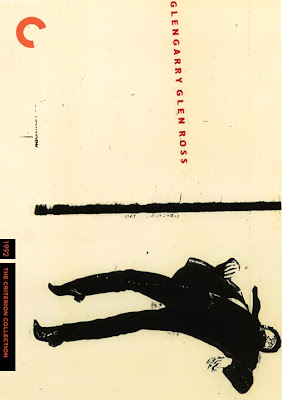 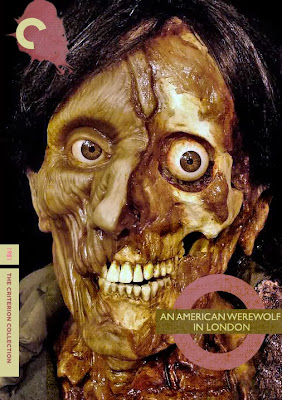 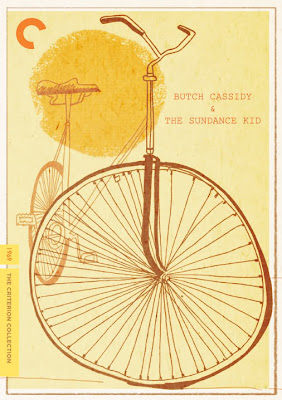 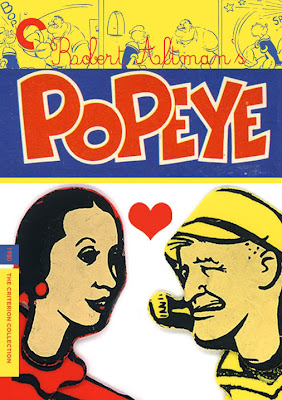 RAIDERS OF THE LOST ARK (1981)
Art: Production painting and title treatment from the "making of" book 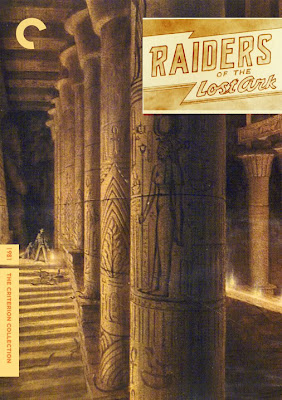 RAIDERS OF THE LOST ARK (1981)
Art: Production design of the relief on the side of the Ark of the Covenant 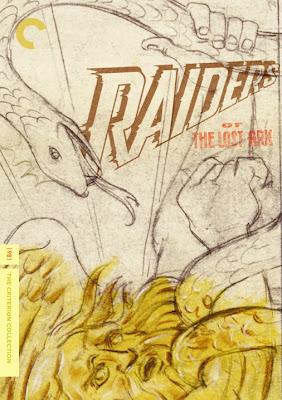 THE TEXAS CHAINSAW MASSACRE (1974)
Art: A digital collage I did in the spirit of the Surrealism of Polish movie poster art 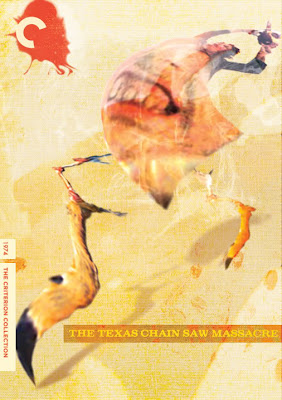 Side note: only after seeing these together do I see that I must have been going through a "yellow" period

Posted by Michael Lapinski at 8:28 AM No comments:

Labels: Cover Design, Criterion Collection, Eric Skillman, Glengarry Glen Ross, Popeye, Raiders of the Lost Ark
Newer Posts Older Posts Home
Subscribe to: Posts (Atom)
Thanks for visiting PAWS AS HANDS, the personal art blog for Michael Lapinski, covering my work as comic book creator and animation art director. The blog was originally conceived as a HOW TO by a comic novice who was still learning HOW TO. Feedback encouraged. Cheers!