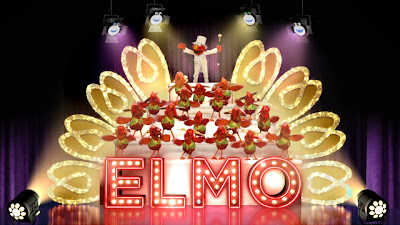 I have a confession to make... I never liked Elmo. I was too old for him when he became a regular and then star of Sesame Street and saw him as a juvenile pretender to the Grover throne. I was so wrong.

For the last year, I've had the privilege of working as Art Director at Magnetic Dreams Studio on a number of Sesame projects, the centerpiece of which is the launch of a new interactive segment featuring Elmo's imaginary Broadway Show, appropriately titled ELMO THE MUSICAL. Shot in front of blue screen, it's our job to create the entirely computer generated environment of Elmo's direction. I'll go into detail about the process in future posts but just want to say here what an honor it's been teaming with an animation studio and Sesame crew working at the top of their game.

With his great humanity and innovation, Jim Henson was my artistic idol growing up. With the Muppets, Jim and co. created what amounts to another living, breathing, sentient species for us to share the planet with. Now I can say how fulfilling it is working with Muppeteers Kevin Clash and Rickey Boyd as they bring as much wit, talent, and attention to detail to their work. I've been immersed in Elmo and I am in awe of the subtlety, humor, and, most of all, heart, that Kevin imbues in his creation. I now love the little guy and it's my great pleasure to help create a world for him to play and learn in.

ELMO THE MUSICAL premieres with this 43rd season of Sesame Street on Monday, September 24th 2012.

BEHIND-THE-SCENES
Here's a great short "making of" documentary that includes the show opening and gives you a great idea of all the work that's gone into it.


LOGO DESIGN
My various logo concepts for the show, Sesame went with the one on the top left that Magnetic was already in the process of developing when I came on. 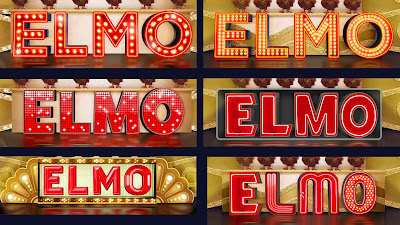 GUACAMOLE THE MUSICAL - Concept Art
The premiere episode is "Guacamole the Musical" in which Elmo is an explorer chef (think Indiana Jones in a chef's hat) in search of a legendary Guac recipe. Below are my style frames for the "Nacho Picchu" and "The Temple of Spoons" locations, followed by their fully composited CG models. 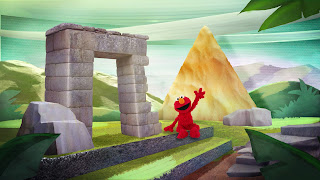 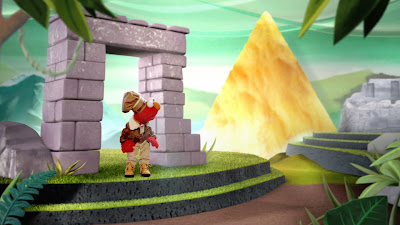 THE TEMPLE OF SPOONS 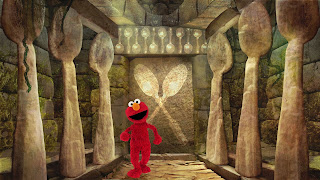 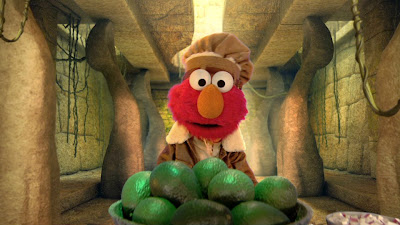 Posted by Michael Lapinski at 10:56 PM No comments:


Today saw the release of SESAME STREET KINECT, an interactive experience for the Xbox and the first project I worked on with Magnetic Dreams studio in Nashville.

Below you can see some of my background designs for segments of the game. The first is a rough Photoshop comp that I created as reference for the 3D modeling team on an Abby short called "Poodle Parlor." 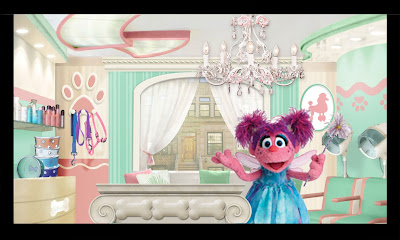 For the following bunch, I actually painted these backgrounds in Photoshop (first time in a while) with a digital brush from the studio that I've fallen in love with. They comprise three environments (a circus, farm, and swamp) from a game in which kids are prompted to throw a Muppet ball at Elmo. 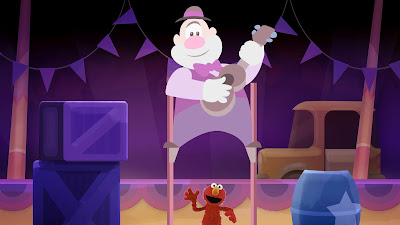 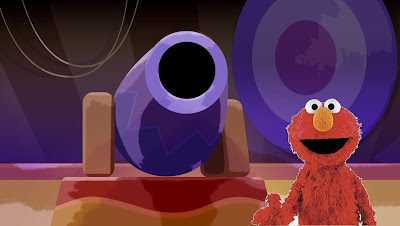 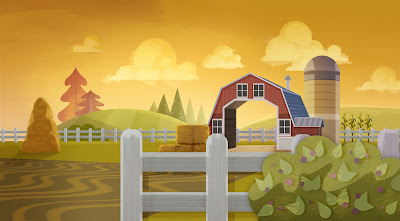 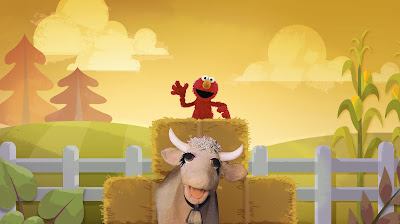 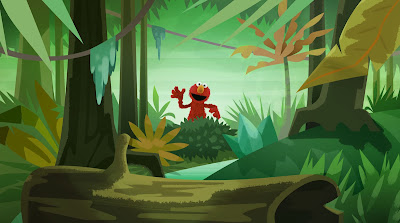 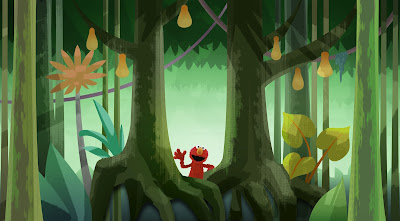 Posted by Michael Lapinski at 6:33 PM No comments: