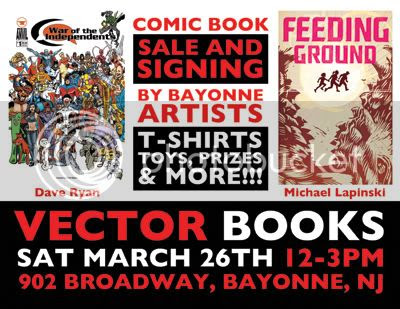 This Saturday, I'll be one of two local artists at my hometown comic shop Vector Books in Bayonne, NJ. The proprietors, mother and son Tina and Joe, could not be nicer. "Vectors" has been open for 20+ years and it was one of two shops I frequented weekly while growing up. It's right across the street from the ice cream stand Magic Fountain - how can you beat that?
The other artist, Dave Ryan, has created the equivalent of an event comic for the Indy Comic characters of the 90s, called WAR OF THE INDEPENDENTS. Learn more, here.
In honor of the occasion, I thought I'd also share some pics and art from recent FEEDING GROUND appearances and boosters from around the globe.
CHICAGO, IL - Promotional art for C2E2 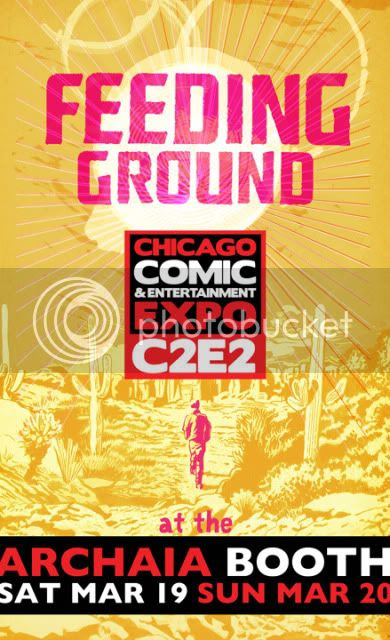 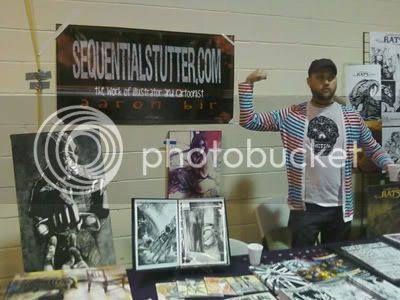 MIAMI, FL - Swifty's parents sporting warm weather versions of the shirt at Wizard Con, Miami. You can customize your own color combinations for the shirt here. 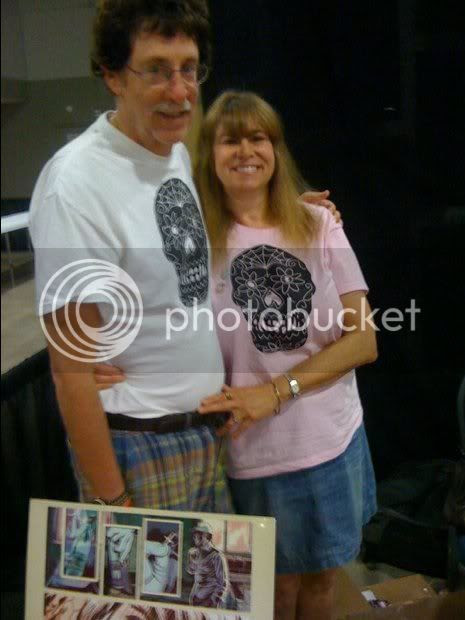 TOKYO, Japan - Friend of FEEDING GROUND, Juan Doe, working abroad. This was taken before the tsunami and we were glad to hear he's ok. All our best to him, his family, and the people of Japan. 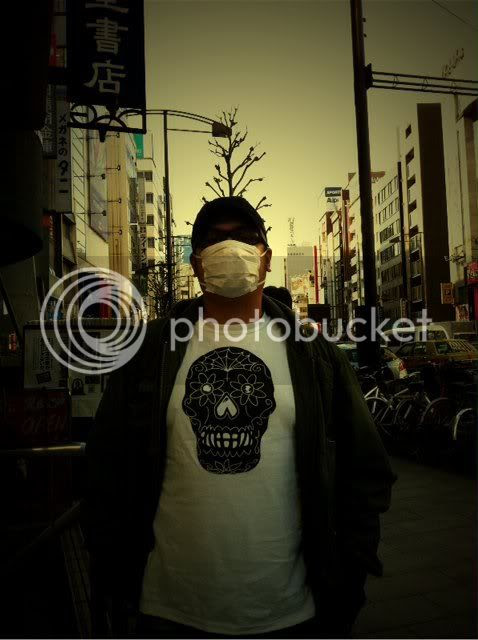 Posted by Michael Lapinski at 6:43 PM No comments:

Last month, there was an excellent article on CBR's Pipeline blog by Augie de Blieck Jr. that evaluated the techniques of sequential art storytelling. The example he deconstructs is a scene by master cartoonist Stan Sakai from his epic USAGI YOJIMBO that, not the least of which, features a symmetrical panel arrangement to convey an ambush from both directions on a narrow mountain pass.

"Storytelling" as I understand it in comic book terms is the panel to panel communication of information. What are the decisions an artist makes in structuring and delivering a story that is coherent in orienting the reader and impactful in the delivery. It is often invisible when done correctly.

Comic creator Michael Moreci recently commented on his blog that he could see my storytelling get better with each page. Twas great to hear. Storytelling is a skill I've been working on since the challenges were first laid our for me on this book and the tools were conveyed in the series of classes I took at MoCCA as taught by comic legend Klaus Janson.

Since "storytelling" is the decisions that are made before the pretty drawings and I thought I would share some thumbnails here. The final storyboarding seems simple enough (and may seem rudimentary to some of you reading) but here are a few of the detailed decisions that went into it.

My main question: What is the goal of the scene and how do I convey that visually?

There's a scene in an upcoming issue of FEEDING GROUND that features a group of soldiers on a mission in which they are deployed in a vehicle that rams the main gate of a compound. The commanding officer is briefing the troops as they approach the gate and our protagonist is one troop who is a novice to the situation and consumed with anguish.

I inherently try to find the ticking clock of a scene to establish rhythm and here it's the moments leading up to the impact at the gate. 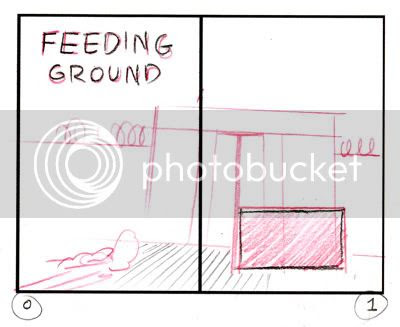 The inside cover and first page of each issue of FEEDING GROUND features a double-page splash that includes the title and credit box and a scene that serves both as an establishing shot and also a symbol for the theme of the issue. In this case, BONUS, it's also a great capper to the last page reveal of the previous issue that it will follow in the collected edition.

The gate will be presented here from below and towering right of center (Western reading runs from left to right) and lit by an off-panel rising sun. There will also be clouds lit behind it to sell the effect. Also, most issues tended to begin with an animal of some sort, represented here in the form of roadkill in the foreground that will carry over to the reverse shot on the next page… 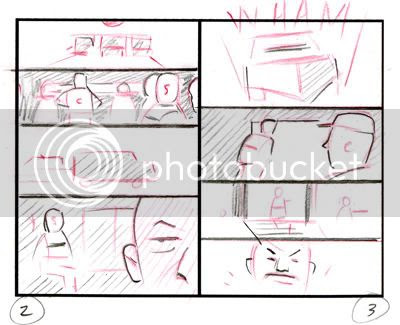 ...where the first panel will reveal the approaching convoy under the rising sun. The first choice is to decide what sort of panel grid I'll be using. Since this scene plays very much like a comment on tough guy action movies, I opted to use "widescreen" dimensions for each panel.

There is also a push and pull between the external action of the moment and the internal struggle of the protagonist (marked with the S and stripe on his chest - these ARE rough and usually just for me and Swifty and Chris). With that, notice that I have the panels get bigger to the point of impact and then reduce back down on the close-up of the protagonist in the final panel on P3. Since both pages will be visible to the reader, I always try to design across the spine with the full spread in mind, especially if the pages are within the same scene.

To support the action further, I chose to alternate between interior and exterior shots that will flicker between light and dark and add rhythmic tension to an otherwise dialogue-driven scene. Likewise, I keep reversing the point-of-view in this sequence. In order for it to still read clearly, I try to design the content of each panel such that the reader's eye will be led in a Z pattern through the page and that there are background elements that will always orient the reader.

Our protagonist leaves the darkness of the vehicle in the second panel of P3 but I also made a choice that the words of the commanding officer will continue to play out in narration boxes over the action of the final two panels. An off-panel voice should offer a sense of disassociation that gives the impression of being in the protagonist's head as he enters combat in a rage-fueled stupor.

The Next Question: How do I execute it?

After all of these decisions are made, the job is to make sure that the illustration style, inks, color, lettering, word balloon placement, and sound effects all support the original goal and that the art engages with the dialogue (and vice versa) in some charged fashion.

The payoff of one scene in a comic should be greater than the sum of the art and writing.

Posted by Michael Lapinski at 4:18 PM No comments:

Labels: Augie de Blieck Jr., Feeding Ground, Klaus Janson, Michael Moreci, MoCCA, Pipeline
Newer Posts Older Posts Home
Subscribe to: Posts (Atom)
Thanks for visiting PAWS AS HANDS, the personal art blog for Michael Lapinski, covering my work as comic book creator and animation art director. The blog was originally conceived as a HOW TO by a comic novice who was still learning HOW TO. Feedback encouraged. Cheers!