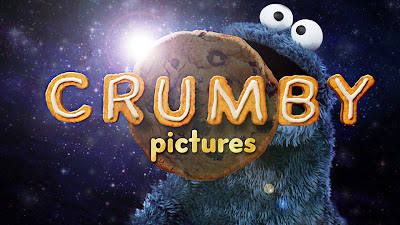 I'm finally able to open the oven on CRUMBY PICTURES, the Cookie Monster movie trailer parody series that premiered on Season 44 ( ! ) of Sesame Street this week. Rather than a classroom curriculum of math or literacy, these shorts teach executive functions (self-control, patience, delayed gratification) by having the impetuous monster face personal challenges as the star of famous flicks (including Lord of the Rings, Life of Pi, and Hunger Games).

For Crumby Pictures, the goal was to make the production feel as much like the original movies as possible from little Easter Egg details to overall polish.

In classic Muppet fashion, the opening starts with a bang. A send-up of the Universal logo animation, one bite into a chocolate chip planet results in an exploding crumby debris field (rigged by Benjamin Rodriguez). Below is an alternate snazzier version of the logo I had proposed.

THE BISCOTTI KID (parody of The Karate Kid) was the first to air as a sneak preview on the internet. After the video are my logo and some still frames (Creative Director, Rickey Boyd and Comp Director, Rhea Borzak). A lot of great in-jokes in the script and I threw in some recognizable objects like the handheld drum from Karate Kid 2. 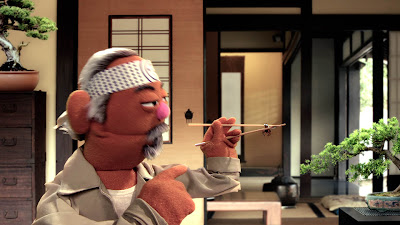 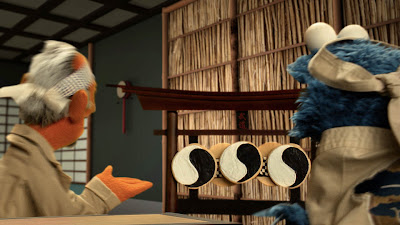 THE SPY WHO LOVED COOKIES (parody of both the old and new Bond movies, including the song "Cookie Fall") was essentially our pilot episode of the series. Most episodes contain a single full CG set (here, Ladyfinger's lair as concept art by me, final model by Brad Applebaum) and photocomp plates that I create and are thoroughly embellished by our compositing team. 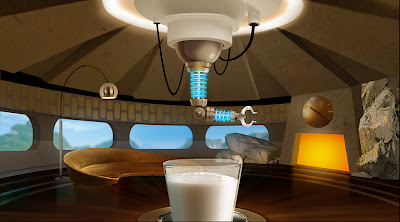 Below are my backplate for the vista outside Ladyfinger's Lair and unused backgrounds for scenes in M's office and Q's lab that were cut for time. 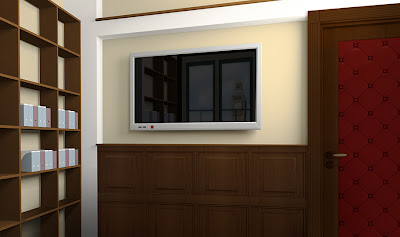 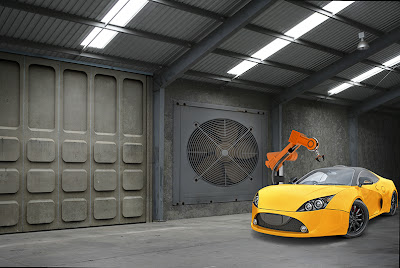