Just relocated to Nashville a little while ago and jumped at the chance when I heard that there were still tables left to exhibit at the 13th Annual Horror & Comic Con. I'll be there on Saturday, Oct 1st from 10-7 to promote FEEDING GROUND which just came out in Hardcover on Amazon and in most book stores this week. You can read the first issue for FREE by joining our Facebook page HERE and check out some posters I just printed out for the Con below. Comics, y'all. 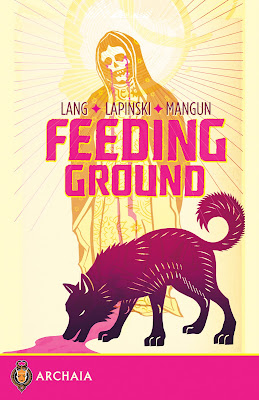 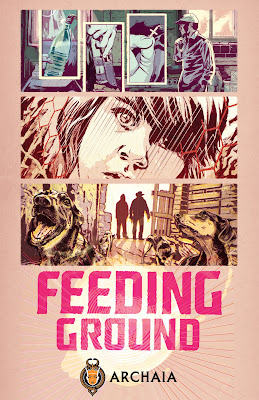 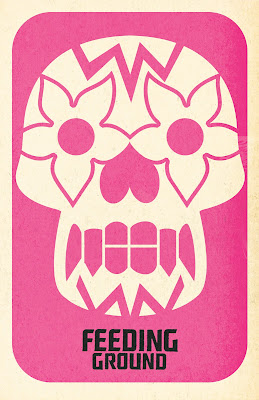 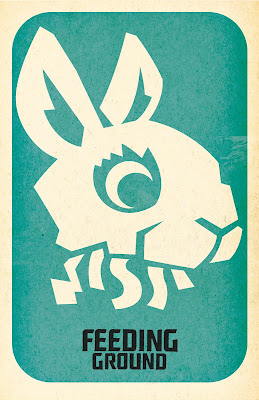 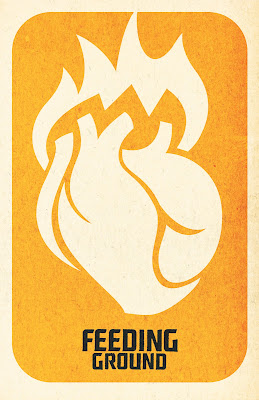 I'll also have copies of the Americans UK comic ROCKTRONIC MIX-TAPE  #2, which I think is the best thing the band has put out. Also, the Horror anthology DON'T LOOK! which won a Spectrum Award for the cover art and features our Yeti story, FROZEN DARK.
Posted by Michael Lapinski at 12:05 AM No comments: 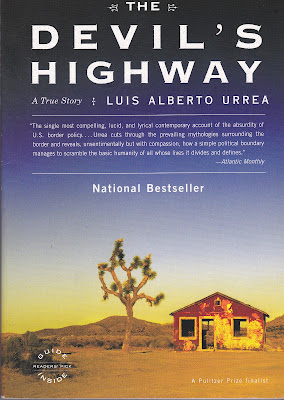 One of the great honors in creating FEEDING GROUND has been the reaction we received from author/scholar Luis Alberto Urrea. In "The Devil's Highway: A True Story," Luis literally wrote the book on the too real horrors of the stretch US/Mexico desert that has consumed lives for centuries and continues to serve as a battlefront of modern immigration. He writes non-fiction that reads like epic poetry and presents an even-handed picture of all players in accounts that are harrowing, human, and darkly humorous. The book was a primary source of research in preparing FEEDING GROUND, our myth on the same subject, and it's with pride that we share Luis' Foreword to our Hardcover Collection, below:

FEEDING GROUNDS OF THE ELDER GODS
by Luis Alberto Urrea

As a writer, I am repeatedly confronted with the same question:  What are the most Influential books in your life? I always want to answer:  Armadillo Comix #2 by Jim Franklin.  You see, I came to writing through drawing. As much as my dad hated it, Batman and Hawkman fueled visions that later remained in my prose; unspeakable visions, spoken.  I’d love to see how many of us in the writing trade owe our “cinematic” styles to early comics and graphic novels.

As huge as the craft has become, comic books retain enough outsider, underground cachet to tackle subjects many of us wouldn’t dare touch -- not in polite company, not at Tea Party rallies.  One shouldn’t approach such vile, filthy subject matter as the worth of a human life, the dignity of a human soul, or the value of, as Bob Dylan once sang, “these children that you spit on.”  I’m talkin’ to you, Mr. Politician.

And, here is a series of books that leaps deep into the brilliant heart of darkness: the damned (in every sense) and glorious border.  The place I write about.  The place where I was born.

Swifty Lang and I share an interest in the exquisite horror and beauty of the wastelands through which the undocumented wanderers must struggle.  It is a formidable region of unforgiving landscape and gods who rule with little mercy.  In my book, THE DEVIL’S HIGHWAY, I stated that we are all aliens in this landscape, what I call “Desolation.”  For fans of the occult, this comes from The Book of Enoch.  Yeah, the lands wherein the fallen Watchers and their earth spawn, The Nephilim, are chained beneath the burning desert mountains.  They wait to return for their revenge.

How stunned and delighted was I when these amazing comics arrived in my mailbox.  As all great graphic novels do, these books create a literary work of searing poetry and awe.  The art allows us to see things we might not be able to—or want to—imagine for ourselves.  That my work has had even a little to do with the genesis of this epic is as cool as it gets.  I laugh out loud in appreciation when I see the smugglers (Coyotes) and The Devil’s Highway itself, the sly gangsters come alive, as if they had jumped out of my book.  But I don’t laugh because it’s funny.  No. I’m whistling past the graveyard, amigos.  This shit’s scary.

What Feeding Ground has envisioned and what Lang, Lapinski and Mangun have captured, is the eldritch nature of this new myth.  The darkness at the heart of the sun-baked killing fields.  There is something…other about it.  There is something from our deep nightmares lurking there.  Yes, there is a relentless toll of suffering and death to go with the realistic adventure and thrills and violent action. That is a given—every border-book ever written deals with it. However, Border Patrol agents know, DEA agents know, the medicine people of those canyons and dunes know that something…other…lurks.

I’m trying to capture this Lovecraftian feeling in my own work.  Yeah, a little pissed that Swifty et al have done it first, and done it so well. This sensation is what the philosophers call “the sublime” in art.  It is beauty, but it is also terror. It’s a higher horror: a sense of the eternal, the dark, the overwhelming.  This epic is so addictive that it will lure you into a deep redrock canyon where the worst dream awaits.  It’s so bad; it’s so pretty.  It’s a festival of wonder that shows you the true awe of awful death.

Haven't been able to post in a bit due to a big move from NY/NJ to our new home in Nashville, TN. But, the release of the FEEDING GROUND Hardcover collection is fast approaching and I wanted to share some illustrations and layouts I executed for it.

Book Design was a whole separate skill set I had to acquire in addition to those that FEEDING GROUND had already added to my utility belt. These are all shown without the supporting text and some have been altered prior to printing but it should give you a sense of the design theme I was going for. You can also see roughs of the English and Spanish covers HERE and the book is already available for pre-order on Amazon. 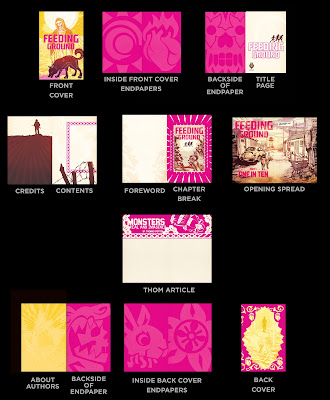 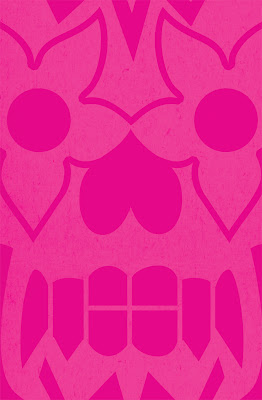 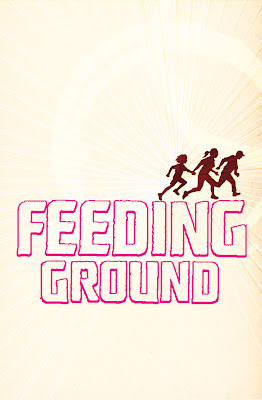 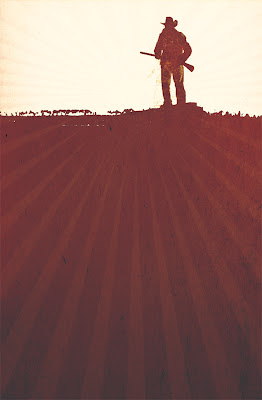 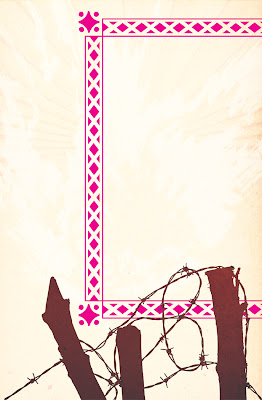 Posted by Michael Lapinski at 3:54 PM No comments:

CHARACTER DESIGN _ Fun with the X-Men

Over the course of my year+ working on FEEDING GROUND I would post on the Bendis Board for camaraderie and often warm up in the morning by posting designs on the art threads, most often character re-design threads. Some fantastic designs and artists on there.

Here are some specifically X-Men related sketches. None of them are meant to be totally polished art but I think there are some good ideas in there.

STORM
Ororo Munroe has been worshiped as a goddess and led the X-Men as a powerless punk. She was also botched onscreen by Halle Berry, has spent years dressed like a bassist from the band Heart, and is now languishing as wife to The Black Panther. I wanted her to have a costume that paid tribute to the design flourishes concocted by co-creator Dave Cockrum and also presented her with the barefoot confidence of an iconic earth mother who can stand next to Marvel's A-list men. 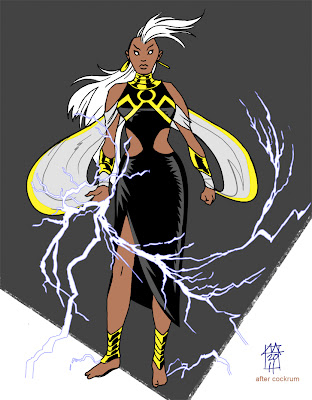 APOCALYPSE
One of the main X-Villains, Apocalypse's clownish blue appearance never seemed to fit his power and ambition. Evolved over centuries, he's often depicted with ancient Egyptian artifacts and roots so I'm presenting him as an Alpha Egyptian dressed as a polished black scarab. Not perfect, but feels a little bit more like a guy who can call himself Apocalypse and get away with it. 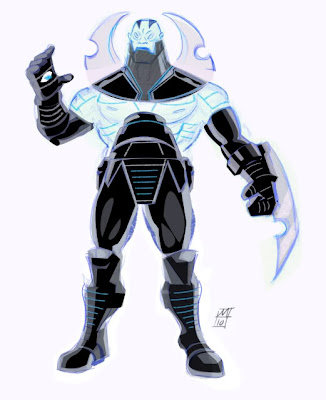 HELLBEAST
In brief, AMALGAM was a concept/story that combined the characters of the DC and Marvel Universes. For example, "Dark Claw" was equal parts Wolverine and Batman and "Iron Lantern" was a mix of Iron Man and Green Lantern.

For this thread, we created our own Amalgam characters, and, in my case, a combo of Hellboy and Beast called "Hellbeast." 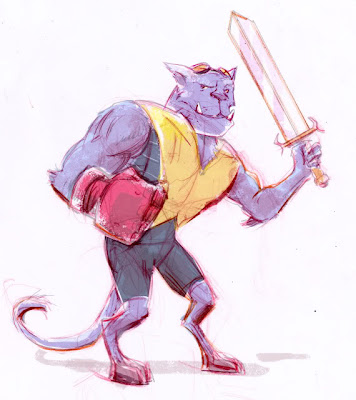 For extra nerdy fun, here's a write-up on Hellbeast and his team, the BXRD (combo of the BPRD and the X-Men).

The Nazis are winning! With an army of giant Sentinel robots, the Nazis have turned the tides against the Allied Forces. But, Hank McCoy, chief science officer for America's Bureau X, unites The Right Hand of Doom and The Soul Sword, ancient artifacts of hellish origin, he becomes possessed by a spirit that may win the war or, ultimately conquer the world!

Be prepared to EAT SCIENCE! with Hellbeast and his Bureau of paranormal teammates every month from Dark Marvel Comics!

Scott Sapien - I was picturing Abe's fish form, but, with a glowing red Cyclops eye.

The Wolverine - A Daimio/ Logan Amalgam where Daimio shares Logan's past and is attacked by a Wolverine god instead of a Jaguar. In human form, he has Daimio's scars and Logan's hair and can use his claws. BUT, he fully beasts out like Daimio).

Piotr the Homnuculus - An organic metal version of Roger and Colossus.

Professor Johann Xavier - Wasn't sure if Chuck would be a better match with Prof Bruttenholm or Johann. I chose Johann.
Posted by Michael Lapinski at 4:36 PM 2 comments:

Labels: Amalgam, Apocalypse, Character Design, Re-design, Storm, X-Men
Newer Posts Older Posts Home
Subscribe to: Posts (Atom)
Thanks for visiting PAWS AS HANDS, the personal art blog for Michael Lapinski, covering my work as comic book creator and animation art director. The blog was originally conceived as a HOW TO by a comic novice who was still learning HOW TO. Feedback encouraged. Cheers!