BEYOND WATCHMEN _ A Comic Creator and Retailer Initiative

Been doing a lot of work lately but won't be able to share it for a little while. Since the marketing and promotion of FEEDING GROUND became a whole job unto itself, here are a few thoughts on that aspect of creator-owned work based on the last few weeks of ugly comic news.


If you care about such things, you already know that DC Comics has announced that it will be publishing prequels to Alan Moore and Dave Gibbons’ seminal comic work WATCHMEN under the banner of BEFORE WATCHMEN. If you know that much, you must also know that the response to this news ranges from an excited endorsement (Newsarama) for new stories from top tier creative teams to characterizing the move as a shameless cash grab (Huffington Post) regurgitating a known success to an ever-dwindling audience. Others have used the occasion to make compelling cases (Robot 6) for creator rights in the comic industry in light of DC/Warner Bros. dodgy business deal with Moore that is unfortunate at best. Moore himself comments: “I tend to take this latest development as a kind of eager confirmation that they are still apparently dependent on ideas that I had 25 years ago.” Forbes argues that he's an old hypocrite for his use of public domain characters in other works.

To which I reply: NOW WHAT? 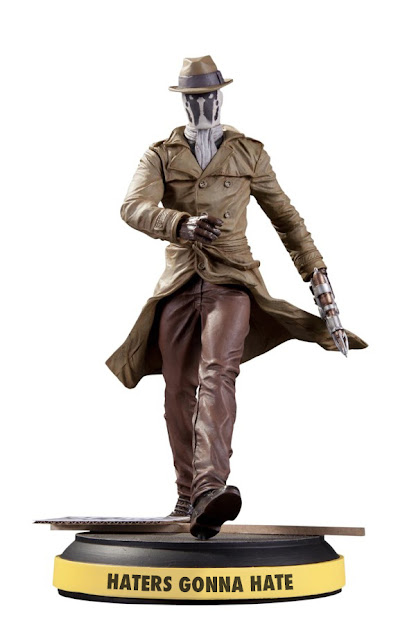 Above image courtesy of The Internet


After everyone has made all of the clever, snarky, or insightful (Comics Reporter) comments that can be made, what is to be done about it? Less talk, more action. Some are pushing for a boycott. Not me. I agree that "money talks" but I'd rather see effort put into something constructive. Comic writer Matt Fraction, (IRON MAN for Marvel and the creator-owned CASSANOVA) tweeted something to the effect that if these BEFORE WATCHMEN books and the next big mainstream events bring more readers into stores then we all win. A rising tide raises all ships. But, I was shocked to recently discover that A-List writers like Fraction and Ed Brubaker (CAPTAIN AMERICA for Marvel  and the creator-owned CRIMINAL) only recently broke even on their years of publishing creator-owned material.


The reality is that creator-owned comic work is most often a labor of love not supported by a living wage, even on highly regarded and seemingly well-sold books. While there appears to be waning interest in recycled ideas, there has never been a better time to be a comic reader in terms of the availability of reprinted material, the diversity of genres and formats, and the breadth and depth of creator-owned fare. Image Comics in particular is leading the charge with the most invigorating monthlies (MORNING GLORIES, HEART, LUTHER STRODE, LAST OF THE GREATS, FATALE, PROPHET) and our publisher Archaia is publishing hardcover books for all ages that showcase the best of the medium in extremely attractive book designs. 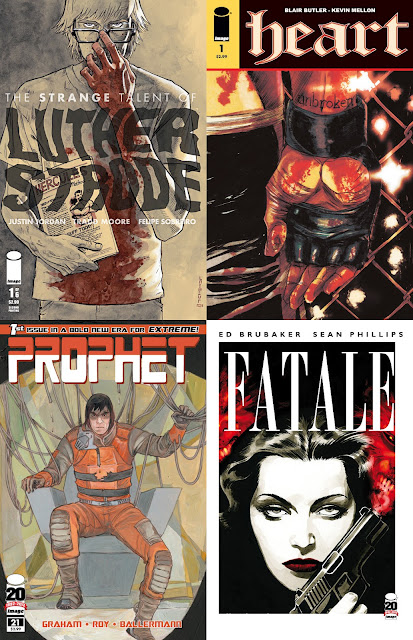 So, how can we creators help retailers utilize this particular moment in time to get our books into the hands of new readers and those fan readers who never buy beyond the weekly fix of a 70 year-old re-stitched continuity blanket? Can we create a marketing push to get readers to look BEYOND WATCHMEN?

For me, one solution is to join all of our self-marketing efforts under one banner for the month or the Summer of BEFORE WATCHMEN. There are plenty of innovative and industrious retailers that already plan displays and initiatives to answer trends. As DC tried around the time of the WATCHMEN movie release, the goal would be to help shine a light on work, here specifically creator-owned, that is worthy of renewed attention. Very few people will buy books based on a moral high ground alone but there's plenty of entertainment worthy of their time and money. Call it BEYOND WATCHMEN, call it the Comic Book 99%, whatever we call it, the intention would be to use this window as a global creator/retailer initiative to encourage reading outside the norm in addition to BEFORE WATCHMEN.

Minds more informed, influential, and connected than mine will have a better sense of what can actually be done but here are a few ideas:

And, as a related aside, here's Florida retailer Rick Shea talking up the upcoming release of Brian K. Vaughan's new creator-owned series SAGA:


My order for SAGA # 1 will be HIGHER than my order for DC52 Justice League # 1 or Avengers Vs X-Men or Watchmen 2.  You read that right.  I’ve sold just shy of 1000 copies of Y: The Last Man Volume 1 and hundreds each of the other volumes. It’s the only book that I’ve made more money off of than Walking Dead, and we usually use Y and Walking Dead as the first books we push on a new customer, giving out several of the $1 first issues that have turned into thousands of sales over the years.

There's no magic bullet to fix the comic industry and by no means do I think I'm the one who has it all worked out. But, I'd like to see the conversation move into action, not as a critique of the industry but as an endorsement of its diversity.This is one instance where I felt a need to respond to the spinning wheels and steps backward in what it means to be a creator in this market. I may be naive and "giving a f*ck when it's not my turn to give a f*ck" but I'd like to think we can do better. Or, do something beyond the talk.

Thanks to Swifty Lang, Russell Burlingame, and Kevin Allen for their thoughts and feedback.
Posted by Michael Lapinski at 10:01 AM 1 comment:

Labels: Before Watchmen, Beyond Watchmen, Comic Business
Newer Posts Older Posts Home
Subscribe to: Posts (Atom)
Thanks for visiting PAWS AS HANDS, the personal art blog for Michael Lapinski, covering my work as comic book creator and animation art director. The blog was originally conceived as a HOW TO by a comic novice who was still learning HOW TO. Feedback encouraged. Cheers!